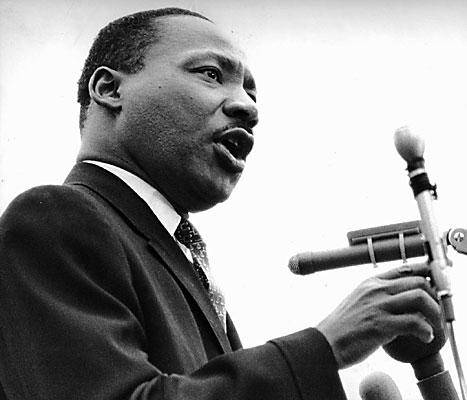 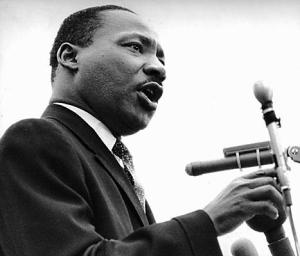 When you grow up what do you want to be? Maybe a prophet is not high on your list! It can be a tough life… Jesus said that the same prophets who you build tombs for were the guys your ancestors killed. He is saying it is not easy to be a prophet in your own day! Respect comes later for the stand you take… but at the time, prophets are rarely popular! Martin Luther King jr is a pretty good example of this. In the states they now recite his speeches and build monuments to his legacy, but when he lived he recieved death threats, was under government surveillance, and was ultimately assasinated!

So who wants to be a prophet?

I like what Williams says – we are to be about the heavening of earth! This is what being a prophet is all about! – Jesus prayer – your kingdom come your will be done on earth as it is in heaven!! In other words we have a vision of what heaven is all about. No more divisions, no more pain and suffering, no more wars or poverty… And then we rally against the status quo – we call our world forward towards that heavenly vision. That is what MLK did – if in Christ there is neither Jew nor gentile, male nor female, slave nor free, then he knew that segregation in the US had to end! This was not God’s vision for society!

So who wants to be a prophet today?

I want to suggest that to do this we need to understand the biblical story of history and where the future is going. Without understanding the bigger story of God’s redemptive plan and our role in it, our faith can grow cold and we can end up just warming pews…

Of course there are different competing stories or worldviews for what life and history is all about. The growing secular mindset is that the whole thing is random, there is no God and there is no purpose to human history. Take Richard Dawkins… “What are all of us but self-reproducing robots? We have been put together by our genes and what we do is roam the world looking for a way to sustain ourselves and ultimately produce another robot child.”

I guess if that is all we are, there is no meaning, no purpose to life and no story of where things are going. The result of living in that kind of universe is a pretty selfish and meaningless existence. What should you do with your life – be a self reproducing robot? Get as much for yourself as you can! It’s a scary worldview… If we are going to make the most of our lives and know what to do, what to say, what to give our lives to… we need to understand the Christian story and where we fit in!

So we as followers of Christ live in between two times. David Bosch calls the church “Too early for Heaven and too late for this world. She lives on the borderline between the already and the not yet.” You see that future reality of heaven has broken in when Jesus came… It is not yet fulfilled totally, but it is on the move! He brought the future restoration in now! That is how he could heal, restore and renew!

This age he speaks of however will never be complete until the consummation of history at Christ’s second coming. The taste of this kingdom though is amongst us now as the people of God. So we are called to follow a different vision embodied in Christ. Knowing God’s intention for the future we do not withdraw and wait for his return (the world is going down the dunny – but soon I will be out of the loo mentality…) but rather we commit to being formed into the image of Christ and the work of the King. That is why I get excited about Manly Life helping at the Salvation Army lunch, or the upcoming Halve Poverty event.

Theologian Jurgen Moltmann says “God unceasingly desires the freedom of his creation.” So just as we see God in Jesus healing people, helping the poor, bringing grace, we join God in bringing life, in seeing freedom come to God’s creation!

Bishop Leslie Newbigin states, “A preaching of the gospel that calls men and women to accept Jesus as saviour but does not make it clear that discipleship means commitment to a vision of society radically different from that which controls our public life today must be condemned as false.”

I was interested to read an interview with Bono. He said; “I had always been a skeptic of the church of personal peace and prosperity … of righteous people standing in a holy huddle while the world rages outside the stained glass. But I’ve learned that there are many people of the cloth who are also in the world, and from debt cancellation to the fight against AIDS and for human rights, they are on the march.”

This is a bigger story ah? The people of God on the march. Modern day prophets… This is not just about getting saved and waiting for heaven… This is God inviting us into the midst of this great story and inviting us to work towards a glorious redeemed future…

So who wants to be a prophet?

And how do we act prophetically? By that I mean being voices and participants in creating God’s future world. And this is what the ancient prophets did! They saw a broken world and a misguided people of God and they spoke up for God and for what is right! The prophet Isaiah is one of my favourites in all of this! He lived 700 years before Jesus and after making himself available to be used, he heard from God about how things should be! He speaks of the fall and the miserable state of human affairs. He speaks of the coming messiah in passages like the suffering servant who takes away our sins (Isaiah 53). He speaks of the future picture of new heavens and new earth when Gods righteousness will dwell with us and of course he paints a picture of what God’s people are called to do and say!

Isaiah 58:6-8 “Is not this the kind of fasting I have chosen: to loose the chains of injustice and untie the cords of the yoke, to set the oppressed free and break every yoke? Is it not to share your food with the hungry and to provide the poor wanderer with shelter when you see the naked, to clothe him, and not to turn away from your own flesh and blood? Then your light will break forth like the dawn, and your healing will quickly appear; then your righteousness will go before you, and the glory of the LORD will be your rear guard.

Loose the chains of injustice. Untie the cords of the yoke. Set the oppressed free. Share your food, provide for the poor wanderer…

Well who will go, who will stand up and be counted, who will act on behalf of God?

The church had grown rich, corrupt, full of war – St Francis lead the people back amongst the poor. Society had grown rich on the back of a transalatic slave trade – Wilberforce fought against powerful forces in parliament until the scourge of slavery was defeated. American society was segregated and discriminating against its African population – A Baptist Minister called Martin Luther King saw a different vision of society from the scriptures and with non-violent protest overturned two centuries of racist law.

Today the worlds poor continue to experience a quality of life that we wouldn’t tolerate… women dying in childbirth, lack of access to clean water or proper sanitation. Many of the great social issues that we face today feel like huge, unmovable mountains.

Exploitation of child workers to make the clothes we wear. Widows forced off their land, people sold into sexual exploitation… Massive inequality that imprisons half the worlds population in miserable poverty. Human sexual trafficking. So many threats to the sanctity of human life from abortion to unjust wars. The alarming unraveling of both family and community systems….

You cant do everything… indeed you might feel that you cant do anything… but you must do something! If we have faith as small as a mustard seed we can move mountains…

Our government pledged when times were good to keep increasing foreign aid… But as our national bottom line has gotten in a hole the pressure has mounted to forget our promises to the global poor. That is why we are spelling Halve Poverty on Manly Beach next Saturday morning. We want to show our government and our local member Tony Abbott that thousands of people care! That our prophetic vision is not based in fear and our own prosperity. But that we care about the world’s poor!

And when we do… what does Isaiah tell us? “Then your light will break forth like the dawn, and your healing will quickly appear; then your righteousness will go before you, and the glory of the LORD will be your rear guard.”

The 9:30am service will also be steamed live on Facebook and then available during the day.